With Brazil accepting Neymar’s four-match suspension, it is clear that he will not be playing any further role at the Copa America held in Chile.

On an Instagram post, Neymar wrote, “I waited for this moment with a lot of faith and hope for the possibility of playing with the Brazilian team in this Copa America. Unfortunately, it won’t be possible. I know my presence in the group is important, just like every other player, who will need more than ever your thoughts for the games ahead of us. Regardless of where I go now, I will always support the team, and I’ll be rooting for the success of my teammates.” 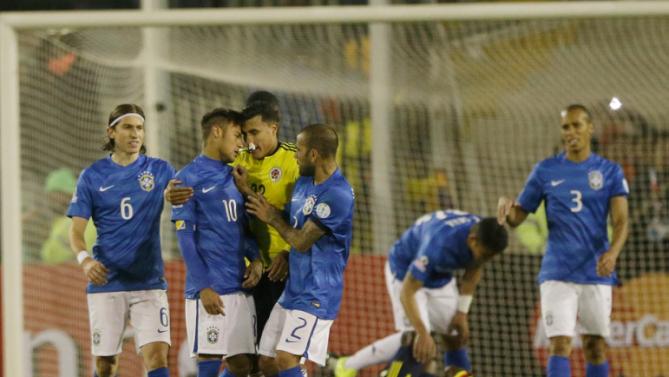 Dunga, Brazil’s national coach, said that they would make an appeal. Yet the Brazil Football Confederation has decided to abide by the sanction. This was changed after a meeting between Neymar and the coaching staff recently.

The red card took place after Neymar kicked the ball towards Colombia’s Pablo Armero right after the final whistle was blown. This was actually a Group C game where Brazil also lost 1-0. If that wasn’t enough, he also proceeded to headbutt a player who was about to confront him.

South American football’s governing body, CONMEBOL, stated that the referee’s report showed that Neymar insulted the referee while also grabbing him by his arms.

It’s obvious that Neymar was Brazil’s best hope at the Copa America apart from the World Cup where he had to exit the tournament due to a back injury. As for Copa America, he was watching Brazil from the stands as they beat Venezuela 2-1. Brazil play Paraguay next.