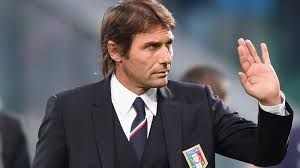 Sebastian Giovinco and Andrea Pirlo have been omitted from Italy’s 30 man squad for Euro 2016, and it appears that it could have been due to playing in the United States. Antonio Conte the former Juventus coach, admitted that it had factored in his decision:

“I spoke to Andrea, I needed to hear from him and we sent people to the US,” Conte said at a press conference. “However, we’ve made other choices and you have to accept them and deal with the consequences. Nothing was left to chance.

“We evaluated him and Giovinco, it’s normal that if you choose to go and play there then you can pay the consequences in footballing terms. We evaluated them technically, we didn’t leave anything to chance. Anyone who thinks otherwise is wrong, we went everywhere to have clear and
precise ideas. I picked the 30 who I think will give me the most guarantees.”

Pirlo omission, who made his debut for Italy back 2002, might mean the end of a long and illustrious international football career.

Italy has been drawn with Swede, Ireland and Belgium in Group E.