Jurgen Klopp, the coach who leaves Borussia Dortmund after seven years, said that he is open to donning the same role but only at Bayern Munich if only much later in his career.

In speaking with Sky Deutschland before the game against Werder Bremen, Klopp said, “Sure, why shouldn’t I be able to imagine that? I am a coach. And I want to continue working for a while. But right now that’s difficult, but they also know that in Munich.”

His final match as Dortmund boss will take place on May 30 as they meet Wolfsburg in the DFB-Pokal finals scheduled to take place in Berlin.

Even though it seems as if he will leave the Bundesliga to work with another club in Europe, he has also hinted at considering other clubs within the German first division as there are a number of exciting projects within the country and that weren’t successful only a few years ago. 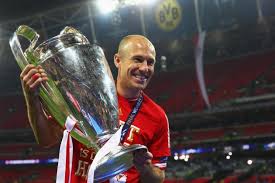 Bayern defender, Jerome Boateng, has already expressed his fondness to work under Klopp in the near future at Bayern Munich given his proven competence as a coach over the years.

That said, Bayern CEO Karl-Heinz Rummenigge, has said that Bayern is more focused on getting Pep Guardiola to sign an extended contract given that his current one last until 2016.

He was also pleased to note that Klopp does have a ‘soft corner’ for Bayern Munich despite being at the helm of Borussia Dortmund for a number of years now.