Swiss authorities are scrutinizing development grants made by FIFA. This is a part of their investigation into the sport’s governing body and the award of hosting rights for both Russia and Qatar in 2018 and 2022.

In particular, authorities are looking for how much money was spent. Apart from this, they’re also looking for as to whether there are any falsification of any documents too.

These grants in particular go to national football associations and that are spent on new facilities or training programs. 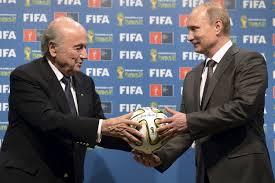 This investigation is running side-by-side with a US probe that began on May 27 of nine FIFA officials as well as five executives in broadcasting and sports marketing. The charges were based on money laundering, bribery and wire fraud.

Also, information technology specialists from the Swiss federal agency apart from financial experts and prosecutors are actually looking at a large amount of evidence that has been collected by Switzerland’s Attorney General’s office.

The evidence, in particular, are internal records have been taken from Sepp Blatter’s office as well as those from the offices of finance and administrative chief Markus Kattner and Secretary General Jerome Valcke.

While Valcke and Kattner have not been accused of any wrongdoing, Sepp Blatter has stepped down from the FIFA Presidency after 17 years. Apart from this, a FIFA spokeswoman said that it is cooperating fully with the Swiss authorities by email to questions made by Reuters.

As for Russia and Qatar, who will host the next World Cups, they have denied any wrongdoing or irregularity when it comes to the selection process over their rival bidders, England and the United States.